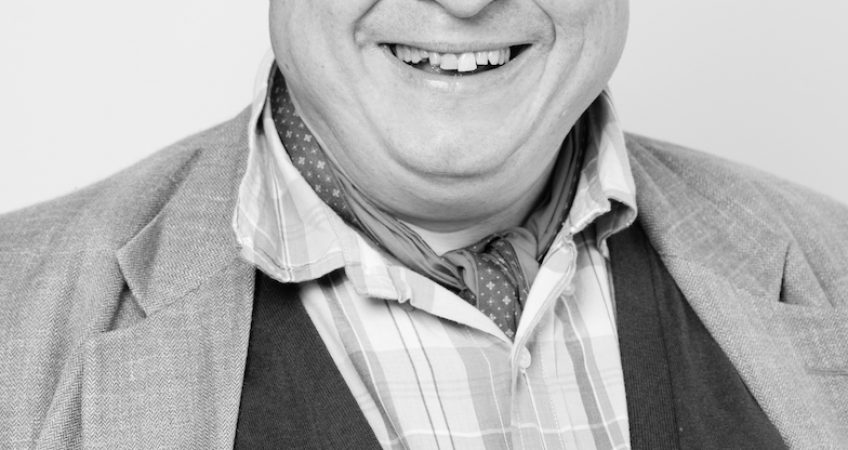 ‘If you believe in the power of magic, I can change your mind’, sang The Allan Parsons Project. In his book Alchemy; the surprising power of ideas that don’t make sense, Rory Sutherland asserts that a healthy dose of ‘psycho-logical smoke and mirrors’ is a powerful way to hack people’s subconscious. Yet he also accuses the insight industry of being light on magic and heavy on simplistic logic. Why?

Before we go to your book, let’s zoom out for a minute. You see the business world as being at odds with human nature
Life is a murky affair. This is partially because any system with a feedback loop quickly gets complex. Also, for humans, a degree of self-deception is essential to our evolutionary survival as a species. Therefore, at least on the face of it, a lot of things in life don’t seem to make rational sense.

In contrast, business culture is primarily focused on efficiency and rationality. Models that dominate decision making are heavy on simplistic, quantifiable logic. This is dangerous because we may end up wasting money pursuing things that humans don’t care about.

Surely we’d be lost without ‘models’
We can’t understand reality without a map. But the dominant rational model leaves important things out. This presents both a threat – innovations fail because we misunderstand human nature – and an opportunity, because competitive advantage often comes from finding out what everybody else is wrong about. Logic gets you to the same place as everyone else. But if you have a map that reflects how real people operate in the real world, you have an edge. Alchemy is a powerful mechanism for navigating a psycho-logical world.

Psycho-logical?
Evolution has given us a psycho-logical mode of perception that is not objective. If that were not the case, there would be no point in tinkering with behavioural science techniques because our perception would be identical to reality itself. The upside is that, like magic, you can create value out of nowhere. Hence ‘alchemy’ in the book’s title.

Surely logic can’t be entirely useless?
Reason is the brain’s PR function, not its R&D department. It’s good for evaluating defending and solutions, much less for finding them.

Moreover, meaning – an important ingredient of marketing – is disproportionally conveyed by things that are unexpected and illogical. It would be entirely logical to buy my wife flowers on the 13th of February because I’d save money. But my wife most probably wouldn’t appreciate it.

Evidence suggest that reason didn’t develop to solve individuals’ problems anyway. It mainly helps us understand others. The methodological individualism of market research, and the hyper-targeting of contemporary marketing, discard a fundamental part of what makes us human.

You also say that we routinely underestimate another critical ingredient of decision making: context
Context is often the most important factor in determining how people think, feel and act. This simple truth dooms many universal and ‘logical’ models for consumer behaviour from the start. Ideas that are developed from these one-size-fits-all models often fail because humans are not consistent enough in their behaviour for such laws to hold very broadly.

You don’t seem to have a very favourable view of market research?Much of market research satisfies the need for organizations to seem logical. When applied to marketing and advertising, narrow logic simply gets you to the same place as your competitors. You always need to ask: what’s the psycho-logic here? And that’s primarily evolutionary and social logic, not individual logic.

And the solution?
If you’re a researcher and you’re not observing behaviour but talking to people, it’s very simple: what they are saying is irrelevant, but the fact that they are saying it might be indicative of bigger things. People’s explanations for their behaviour – e.g. why they don’t go to Aldi – are often confabulated post-rationalizations constructed to make them look agreeable in the presence of others.

If you ask me in a group of eight strangers ‘why don’t you go to Lidl?’ I might say ‘the range is too limited’. In part this may be true, though it may not be the real reason. But by carefully listening and observing my body language, you may be able to infer some useful information from my answer, provided you take it laterally rather than literally. Influencing people in a psycho-logical demands lateral thinking.

In other words, if research is to become more solution-focused it needs more alchemy. And we should test more counterintuitive ideas because most valuable discoveries don’t make sense at first. If most real innovation indeed comes from weird consumers, research has probably killed more good ideas than it has spawned by obsessing with a false idea of representativeness.

So to what extent does research do justice to the real world?
It all depends on how you do it. In some areas research is reliably unreliable. If you said to people ‘I’m signing you up for a life insurance plan which costs €30 a month; which of these things do you prefer as a gift? i) two months free cover worth €60, ii) a clock radio worth €25 or iii) a set of bath towels worth €20, a very large percentage in research would go for the two months free cover because it’s most valuable in money terms. However, in a psycho-logical world many might choose the towels. Rather than asking people, what might be more effective is to leave a bunch of different gifts lying around after groups and see which ones the cleaners stole.

Research in situations where there is no social context isn’t very useful anyway, because we judge the world around us comparatively, not absolutely.

How does research fare in getting to people’s psycho-logical motivations?
Research-as-we-know-it relies too heavily on narrow logic. Ideally we need more experiment because more truth emerges from behaviour than from speech. We also need to look at consumer culture not with a mindset of an engineer, but through the eyes of a biologist or naturalist. Someone with an appreciation of complex eco-systems can spot patterns far better than someone who is applying the equivalent of the London tube map to the messy reality that is life.