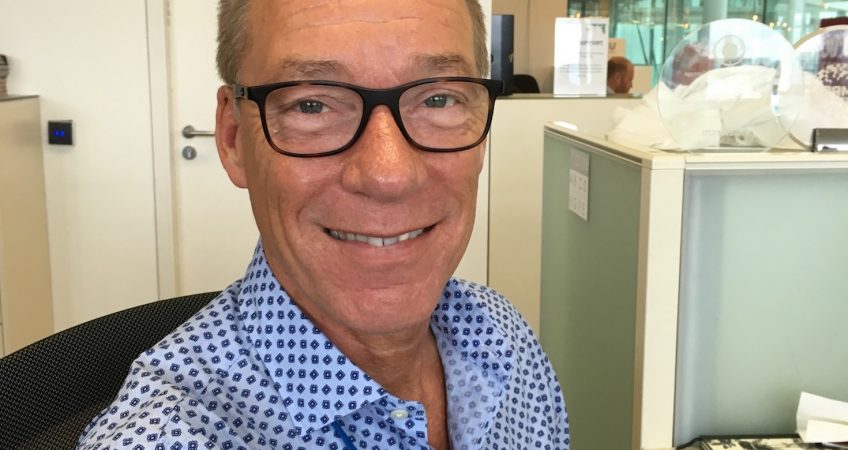 Companies that are successful in anticipating cultural change have a powerful advantage. However, as a discipline within the intelligence domain, cultural foresight is underutilized. Are companies ignoring culture at their own peril? Bill Marshall, Unilever’s Global Director of Human and Cultural Futures, thinks they are.

Your title sounds enigmatic; what do you actually do?
My role is to think about what drives people as “people”, as opposed to how they behave as consumers. We look at their whole life, as opposed to what they consume. That’s the ‘human’ part. The cultural element is the changing context in which people live. But the most important part is foresight. My job is to focus on the opportunities that will be relevant to the business tomorrow.

This may sound a little whizzy washy to some people; can you give an example?
There’s a big geopolitical shift around nationalism, which is affecting our business whether we like it or not. The question is what to do about it? In a multipolar and culturally precarious world, how do we make sure our brands are truly culturally relevant in the diverse markets in which Unilever operates. We often manufacture locally for example, so should we use that as a selling point? How do we advise our brands to compete in markets where there are cultural divides?

Another example is advertising. Until 5-6 years ago many ads from FMCG companies often featured people – particularly women – in stereotypical roles. We were among the first to realize we could make much more impact, both to the cultural debate around equality and driving more impactful advertising, by unstereotyping all our ads. For that you need to understand at a very deep cultural level, how gender identities are evolving.

But a lot of what we get involved in these days is helping our brands understand and communicate their purpose. In the era of purposeful marketing, cultural foresight gives marketers fertile ground to talk about something that really matters to people ‘as people’. Unilever also has a unique and authentic opportunity to talk about this, given our legacy through the Unilever Sustainable Living Plan.

HCF was established 5 years ago; what was the rationale for HCF as a separate unit?
CMI in Unilever historically was split into divisions, brands and markets. Stan Sthanunathan, the EVP for insight, had a great insight function whose main focus was on the markets or brands that they were responsible for, such as ice cream, laundry, skincare etc. He was however, beginning to see that being experts on all things ice cream could potentially miss some broader opportunities. He wanted someone who could think about ‘people as people’. If we are not careful in research, we imagine that the 1 hour a day people think about buying products is what defines them, whereas for 23 hours, people are getting on with living their lives – thinking about their family, their home, their friends, their hobbies. If you only think about ‘consumers’ it can easily lock insight into artificial ways of thinking.

What distinguishes foresight from insight, which is what most readers of this magazine know?
There are big shifts happening in the world that we describe as the macro forces effecting the world, like demographic changes or environmental issues. Then there are market focused or category-orientated trends, like wellbeing and wellness for example. And finally, you have the day-to-day shifts, which often drive product development, like new flavours. Human and Cultural Futures looks at the macro picture – how is the world changing and why should we care about that as a business. This is the space where global macro and micro shifts collide – we tackle this jointly with our category CMI colleagues to drive real actions.

How far ahead do you look?
That depends. The Household care team recently wanted an innovation funnel that was not populated with ‘next versions of’, so we took a 10 to 20 year timeframe. We also routinely do 2-5 years, which enables the company to drive more immediate direct action. But in order to understand the 2-5-10 years you often need to look further ahead and come back from it. If you predict from the known, there is a danger that all you get is another version of what you already have.

Most people know what a trend is; aren’t foresights and trends the same thing?
Trends are manifestations of bigger shifts. They come and go and there are lots of them, but only some of them are macro changes. You can survive missing a trend – such as matcha – and play catch up. But if we don’t understand the bigger idea behind it the business will not grow. But it’s not either or. Each year we do a trend crunch – we read 300 trend reports from all the leading trend analysts globally, and synthesize it to 10 pages for the board.

Foresight is no mean feat; what’s the profile of your people?
Foresight is a way of thinking, not a methodology or process. The core skill is around creativity and strategy. On top of that you need a start-up mentality and a talent for ambiguity, which a lot of researchers can struggle with as it is less about certainty and more about getting to grips with the volatile, uncertain, complex and ambiguous world we live in today. At the same time you must be grounded because you’re not working for a think tank. We make money selling products like ice cream and laundry powder. Therefore the success of the role also depends on the ability to translate a foresight into something that matters to the business. This means you need to be very good at understanding the business, influencing people and focused on making a difference.

The future is notoriously evasive; how do you avoid talking nonsense?
You need proof points and a talent for triangulating evidence to create a possible scenario – there is not much that isn’t already happening somewhere, you just need to know where to look.

As a large organization Unilever values validation; how do you put a forward-thinking lens on that?
Depends on what you mean by validation. You can’t know the future, but you can develop hypotheses and see whether they could fly.

Some more concrete hypotheses are easy to validate. If you assume that in 2030 X% of people live on their own and life expectancy becomes Y, you are mitigating risk by validating part of your hypotheses. You can then create a narrative that gives you a proxy of the opportunity size. Besides, I don’t think there’s a robust way of predicting the success of far reaching innovations with consumers. Just because something performs well on testing it doesn’t mean it’ll do well in the real world, especially with long term ideas

Keith Weed, your former CMO, said we need to ‘move from insight to foresight’; what did he mean?
The moment you activate an insight it’s old news. Foresight is taking insight a step further. The trick is to spot ripples before they become a tide. Foresight identifies things that might happen and looks for evidence that it’s beginning to happen. A lot of what we call insight can in fact be quite dull. Often it’s simply ‘findings’ reframed as insight. I think insight needs to transform itself to become more culturally attuned and future focused. At Unilever we’re trying to move CMI as a whole from the ‘so what’ to ‘now what’. We need to know what we could do next.

Does that mean insight agencies have no role to play in the foresight area?
We work a lot with a New York based futures agency for example. Their methodology is based totally on developing hypotheses that they then look to support. They talk to all sort of thought leaders, not consumers. We also work with the likes of Kantar Futures and other innovation and brand development agencies, who help us look for evidence to support our hypotheses. And we have an external network of clever people. I don’t think I’m a clever person per se, I’m an internal activist who is able to translate ideas of clever people into action for a business. That’s the only reason the role still exists.

And now for a real foresight – where will HCF be in 5 years?
The case for cultural foresight is strong because the world is becoming more ambiguous and uncertain, not less. Yet the ultimate test of success of cultural foresight within Unilever should be its own extinction as a separate unit. For that we’d need to embed cultural thinking into insight. Many of our CMI people have begun to think like that, but we are not there yet.