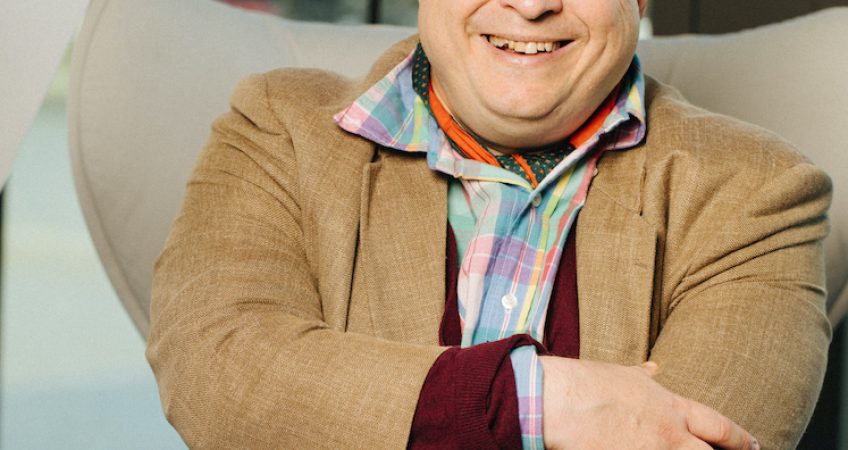 Bullshit That Works – a psycho-logical interview with Rory Sutherland

In marketing, a little ‘benign bullshit’ works magic. That’s what Rory Sutherland claims in Alchemy, a book that is best described as a cocktail of behavioural science, evolutionary psychology and systems thinking. What is alchemy, and why do people pay more for car insurance if it’s advertised with a duck?

What’s Alchemy about?
Humans do not perceive the world objectively or rationality. Instead evolution has given us a psycho-logical mode of perception that, in many ways, seems irrational. The upside is that, like magic, you can create value out of nowhere through tinkering with context, framing and other behavioural techniques. Hence Alchemy in the title of the book.Whilst sensemaking models are unavoidable, in business it’s now too easy to make decisions that are economically rational and too difficult to be counter intuitive. Whereas the rest of the organization may be largely efficiency driven, marketing’s job is to claim what it leaves out – that people will pay more for car insurance if it’s advertised with a duck.

In the introduction you say that ‘nothing is as it appears’; what does this say about your world view?
That life is messy. And that humans are experts at self-deception. In order to convince others you first need to convince yourself. And to do that you’ll sometimes need to misrepresent your own motives. Not many men would admit – even to themselves – that they read literary books because it gets them a better girl. Yet these ‘ultimate’ motivations get buried, and ‘proximate’ reasons become more salient.

Your view on marketing doesn’t sit well with dominant business culture
Models that dominate decision making today are heavy on simplistic, quantifiable logic. That’s dangerous because the world is chaotic. If we design a world on a spreadsheet, we may end up pursuing things that humans don’t really care about, because people don’t react to the world in an objective and quantifiable way.

You warn against logical over-reach
A large part of our brain is designed to deal with the murky reality rather than the neat conceptual theory. In such a world logic doesn’t get you far enough. Besides, we could never have evolved to be rational because it makes you weak. Purely rational people are predictable and would be easily ‘hackable’.

Books such as Predictably Irrational and Thinking Fast & Slow tap into a similar theme; what’s Alchemy’s contribution to this debate?
Alchemy contains the melded experience of thirty years spent in advertising. Yet I’m resting on the shoulders of these giants, which also includes linguists like George Lakoff. In that respect Alchemy is a fusion of what’s going on in various fields. Not only behavioral science, but also evolutionary psychology and systems thinking. It’s written on the assumption that there needs to be a field that offers models for a chaotic world.And, unlike Lakoff, who is an academic, I focus more on the commercial implications rather than proving that I’m right about something. I always ask how you can make cash out of ideas, which makes me a Behavioral Science ‘impresario’ rather than an academic.

You say that, in a psycho-logical world, meaning is disproportionally conveyed by things that don’t make rational sense, whereas things that are obvious carry little meaning
Like petals on a flower it’s the seemingly pointless but ‘costly’ things that make psycho-logic work. Applied to advertising this means its potency is in direct proportion to its costliness. This is something the creative industry needs to understand because we are too obsessed with what an ad says. An ad with Leonardo DiCaprio that says little of relevance to the product may be highly meaningful because everybody knows he doesn’t come cheap, and therefore it signals a brand’s commitment to itself. This, in turn, breeds trust.In contrast, rationality is like lukewarm water – it tastes like nothing.

Sounds like persuading the business world to embrace psycho-logic is no mean feat
Indeed. The problem is – I believe many people don’t actually think that much of this rational bullshit is true. But if I go into a board meeting and I assume all the other people in the room believe in economics, I make my life easier if I agree with them. If I say ‘hello I’m an Oxbridge graduate and I want you to pay me 200 an hour to produce humbug’, I’d have a hard time.

Right. What should we do differently then?
A psycho-logical world is inherently ambiguous. Therefore, the first thing you need to abandon is that of the single right answer, which only exists in a Newtonian world. The second rule to ditch is that direct intervention is better than covert intervention. If you are an environmentalist and your principal motivation is to punish someone you don’t like because he has rightwing views, you would favour divisive solutions – such as ‘ban all fossil fuels’ – because they satisfy you emotionally. Conversely, potentially more effective but covert solutions – such as planting trees – would be emotionally less appealing. So agreeing with psycho-logic means acknowledging the often hidden social motivations that drive behaviour.

You also claim that, in the next 50 years, progress will come from psychological moonshots, not from technology; in a technological age that sounds a little strange
Meaningful improvements in the physical world are becoming harder because of the laws of physics. It’s very difficult and costly to make high-speed trains go even faster. However, we could make the journey more pleasant or useful, for example through reframing the experience as ‘the most productive time of your working week’. Such changes in perception are both relatively easy and highly meaningful. Rather than economic utility – like time saving – they are predicated on creating psychological value. Out of thin air if you like, but that’s what magic does.

Very well. Do you have a final piece of advice for the marketing community?
We should fear the obvious more than we do. Be unpredictable and don’t worry about not making sense. Advertising car insurance with a duck is perfectly legitimate precisely because it doesn’t.