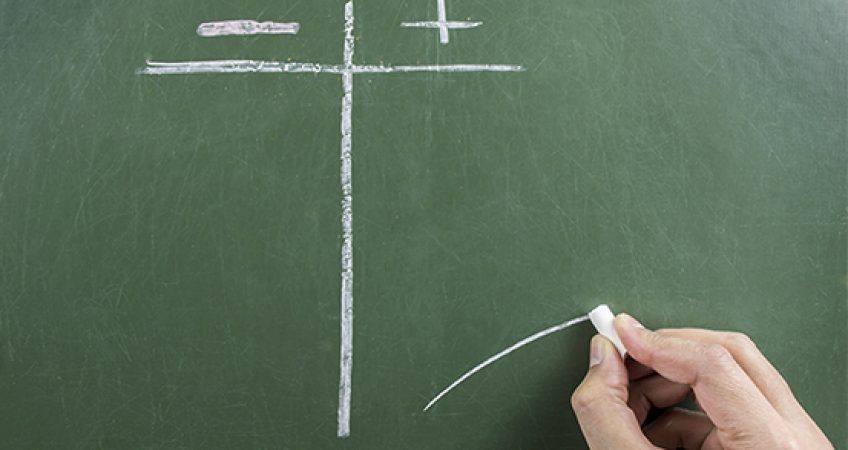 THE PRICE OF SIMPLICITY

The sense and nonsense of listening to consumers

Questioning ordinary people’s contribution to marketing is akin to Pussy Riot challenging Putin’s rule in a church – it’s heresy. Yet neuropsychology, behavioural economics and more recently Byron Sharp suggest that our notion of consumer-centricity and what it means to ‘listen’ to people are based on a naïve concept of human beings and the world we live in. This undermines the research industry’s reason for being: adding the consumer piece to the marketing puzzle.

Power to the people!

Consumer-centricity is a commercially sound idea: companies that don’t take people’s needs seriously are unlikely to survive, let alone thrive. In the digital age the idea has gained a sense of urgency because people are increasingly in the driver’s seat (at least that’s what we are told), therefore we need to ‘listen’ to consumers. In recent years collaboration and co-creation became the new game, giving ordinary people a more active role in the innovation process.

It’s fair to say that the game has indeed changed. Companies have had to cede influence. People are more powerful. Some will exert influence if they smell an opportunity. Examples abound where previously powerless individuals spark movements for or against brands.

However the proponents of ‘structural consumer collaboration’ are turning up the sound. Some particularly enthusiastic advocates of this idea are even proposing Consumer Consulting Boards: ordinary people who work alongside business teams to shape the marketing agenda. Tomorrow’s winning companies, they claim, grant ordinary people a well-deserved seat in the marketing boardroom.

Whilst this idea epitomises the concept of consumer-centricity it also raises questions: are ordinary people able to advise companies on what to do next? If so, what is the ‘power to the people’ movement’s view of human beings and what they are capable of? Ultimately it begs the question whether its supporters take their inspiration from a convenient but simplistic concept of humanity.

Are we granting ordinary people powers they don’t have?

Slippery people
There is no doubt that taking people seriously is key to effective marketing. But the notion that ordinary people should call the shots is both contentious and dangerous, for two reasons:

Let’s start with the concept of people. This seems to stem from Positivist thinking that was popular in the 1940s. Positivists saw self-reportage as a legitimate basis for scientific enquiry. People, they argued, are capable and perceptive when it comes to themselves, their motivations and behaviours. Despite many attacks Positivism has proven to be resilient and continues to be a – if not the – major influence on research.

However in recent times our understanding of people has improved dramatically. Neuroscientists revealed the extent to which we are driven by emotions and our subconscious. Behavioural economists further undermined our view of humans as rational beings by suggesting that we are products of our environment and lazy thinkers. System 1 is where it’s at: we think less than we think we think and most of us have little idea of what makes us tick; we are a mystery to ourselves.

To make matters worse Byron Sharp, author of How Brands Grow, claims that most of us don’t know much about brands and we don’t hold firm opinions about them either, including the ones we buy. We also don’t believe most brands are meaningfully different from their competitors. Six of one, half a dozen of the other; to consumers it’s much of a muchness.

Put crudely these relatively new schools of thought paint a picture of a wilfully ignorant, indifferent and slippery bunch who have better things to do than engage or collaborate with brands. And, in a way, they have made people more difficult to pin down.

Surely this was the final blow to the influence of naive Positivist thinking on research, altering our notion of what it means to ‘listen’ to people? Yes and no: some researchers have indeed listened (no pun intended) whilst others have stuck their head in the sand.

The sense and nonsense of listening
Whilst people became ever more slippery researchers told companies they had to be more people-centric. It’s the consumer stupid; go find out what real people are up to! This anthropology-inspired view of research assumes that i) the realms of business and consumers are relatively separate and autonomous and ii) there are hidden ‘consumer truths’ that can be uncovered by asking clever questions or using creative techniques.

However behavioural economics tells us there are no stable consumer truths. Apart from a limited number of primordial urges people have few firm needs or opinions. They chop and change and choose from what we put in front of them rather than actively seek to satisfy innate desires.

In today’s world what we want doesn’t stem from unmet needs but depends largely on what is available. And this is exactly what companies do: they create stuff for us to choose from

Byron Sharp provides further evidence for the absence of consumer truths by asserting that answers to our questions are situation-sensitive reactions to specific prompts. Therefore they tend to be highly unstable. Ask the same question differently or at another time and you may get a different response. Arguably this is a direct attack on the validity of research’s main currency: the outside-in perspective on marketing.

This raises a number of fundamental questions: if people are slippery and wilfully ignorant creatures in a volatile world, what is the meaning of ‘listening’ to consumers? The answers depend on whom you talk to.

A schizophrenic intelligence community
Within the research community neuropsychology and behavioural economics have created two camps with seemingly different concepts of people and the act of listening. Let’s call them Optimists and Realists.

Optimists continue to be heavily influenced by Positivism. They have a favourable view of people and what they are capable of. A copy of Kevin Roberts’ Lovemarks sits on the bookshelf, hence Optimists see people as potential brand fans who want to be heard and collaborate. To accommodate these desires they create Brand Communities. Marketing, they claim, is about engagement: turning consumers into devotees. And communication is about conversations – a constant dialogue with your target audience.

In contrast Realists listen to neuroscientists and Daniel Kahneman who assert that people are mysteries to themselves and victims of their environment. This is the realm of subversive thinkers such as Byron Sharp, Robert Heath (author of Seducing the Subconscious) and Martin Weigel, W+K Amsterdam’s Head of Planning. Realists believe that, a select group of fans aside, people have more important things to do than engage with brands. Because answers are unstable and therefore suspect, ideally research is done without asking questions. And marketing is mostly about overcoming indifference and the long tail: the large chunk of people who buy a brand occasionally or never and know little about it.

Clearly these are very different positions. The appeal of the Optimists’ camp is evident: marketing is more rewarding if you believe the world is full of fans who want to engage with you. The same goes for research – our jobs are more fulfilling if we see ourselves as facilitators of collaboration. And importantly, a complex concept of people is simply not very convenient. Positivist beliefs let junior researchers write debriefs with minimal supervision. It means we get away without deep knowledge of psychology or branding. In contrast realism may only alienate marketers who may not have in-depth knowledge of e.g. behavioural economics. Simple is easy, simple is good; we pay lip service to the power of our subconscious and system 1, but mostly it’s business as usual.

However convenience comes at a price – are we paying a heavy toll if this means we are wrong-footing ourselves and the marketing folk who pay our bills?

Yes we can
If (i) there are no consumer truths, (ii) insights are not discovered but created, (iii) we live in a VUCA world and (iv) our main currency consists of possibilities instead of facts, can researchers still help marketers develop meaningful products and brands? Damn sure we can.

However first we need to create a more solid foundation for our end-product. This means acknowledging the complexity of human beings and the world we live in, and ridding ourselves of naive Positivist thinking. Once we’ve done that there are broadly two routes to more reality-proof intelligence:

The good news is that we don’t need to reinvent ourselves completely, or bin current techniques. There is much to be gained from more disciplined application of recent learnings about people into existing methods. However, we do our clients a disservice if we continue to treat what people say in online communities or focus groups as a direct reflection of reality. Instead we should use data as food for further thought that needs to be carefully weighed and recontextualised. Our job is not done once the last person logs off – it merely begins.

Rubbish in, rubbish out
Neuroscientists, behavioural economists and Byron Sharp have demonstrated that our Positivist version of human beings is convenient but flawed, and that we take the act of listening to consumers too literally. Because it’s easy to argue that this produces impotent strategies, meaningless brands and irrelevant products, it’s time we stop paying lip service to these schools of thought and take their implications seriously.

True consumer-centricity comes not from giving your customers a seat in the boardroom but from understanding people.